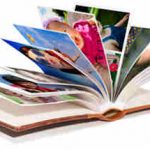 The East–West Center originated as a University of Hawaii at Manoa faculty initiative with a February 16, 1959, memo from professor Murray Turnbull, then acting Dean of the College of Arts and Sciences, to political science professor Norman Meller, then chairperson of the faculty senate, that proposed the creation of an International College of Cultural Affairs. However, University of Hawaii President Laurence H. Snyder stated that budgetary constraints prevented proceeding at the time with the idea.[1]

Two months later, following radio reports of an April 16, 1959 speech in Washington, D.C. by then Sen. Lyndon Johnson (D-TX) that proposed the creation of an international university in Hawaii «as a meeting place for the intellectuals of the East and the West,» history professor John Stalker and Meller urged President Snyder to respond at once to Johnson’s suggestion.[2] With the prospect of federal funding, President Snyder appointed a faculty committee chaired by Turnbull to rapidly prepare a substantive proposal for creating an international college.[3]

On June 9, 1959, Sen. Johnson introduced a bill in the U.S. Senate to establish an educational center in Hawaii to provide for «cultural and technical interchange between East and West,» with a companion bill introduced in the U.S. House by Delegate John A. Burns (D-T.H.);[4] the Mutual Security Act of 1959, signed by U.S. President Eisenhower on July 24, 1959, called on the State Department to study the idea and report back to Congress by January 3, 1960.[5]

On May 14, 1960, President Eisenhower signed the Mutual Security Act of 1960 which authorized the creation of a Center for Cultural and Technical Interchange Between East and West (East–West Center) at the University of Hawaii, and on August 31, 1960, signed the Department of State Appropriation Act, 1961, which appropriated $10 million for the Center (including $8.2 million in capital spending for six new buildings), and on September 30, 1961, President Kennedy signed Supplemental Appropriation Act, 1962, which appropriated an additional $3.3 million for the Center.[6]

On October 25, 1960, the University of Hawaii signed a grant-in-aid agreement with the State Department to establish and operate the East–West Center, and received its first installment of $1.1 million in federal funding on November 8, 1960.[7]

University of Hawaii art professor Murray Turnbull served as interim director and acting chancellor of the East–West Center through 1961,[8] when anthropologist Alexander Spoehr, the former director (1953–1961) of the Bernice Pauahi Bishop Museum in Honolulu, was appointed as the East–West Center’s first chancellor, serving for two years before resigning at the end of 1963.[9] University of Hawaii president Thomas H. Hamilton served as acting chancellor of the East–West Center for a year and a half from January 1964–June 1965.[10] In July 1965, he was succeeded by former newspaper publisher and diplomat Howard P. Jones, the former U.S. ambassador to Indonesia (1958–1965),[11] who served as chancellor for three years before being succeeded in August 1968 by linguist Everett Kleinjans, the former vice president of International Christian University in Tokyo, who had lived in Asia for sixteen years.[12]

On May 9, 1961, then U.S. Vice President Lyndon Johnson was a guest at groundbreaking ceremonies for the East–West Center’s first six buildings.[13] Five of the new buildings, designed by architect I. M. Pei, were built along the new East–West Road where a new 21-acre (85,000 m2) East–West Center campus just west of Manoa Stream on the east side of the university campus replaced chicken coops, temporary wooden buildings for faculty housing, and the Hawaii Agricultural Experiment Station.[14] A sixth building built under the federal grant for the East–West Center was Edmondson Hall, designed by architect Albin Kubala and built on McCarthy Mall.[15]

Four of the six buildings were completed and opened in September 1962: Edmondson Hall (a four-story building containing classrooms and laboratories), Kennedy Theatre (an 800-seat theatre), Hale Kuahine (a four-story women’s dormitory for 120 students), and Lincoln Hall (a four-story residence hall for senior scholars and faculty).[16] The other two buildings: Jefferson Hall (a four-story conference center, cafeteria, and administrative office building) and Hale Manoa (a 13-story men’s dormitory for 480 students) were completed and opened in September 1963.[17] «Seien» (Serene Garden), a Japanese garden designed by Kenzo Ogata of Tokyo, and located behind Jefferson Hall, was a 1963 gift of Japanese business leaders; the Japanese tea house Chashitsu Jakuan (Cottage of Tranquility) in the garden was presented to the university in 1972 by Sen Sōshitsu, the 15th-generation grand tea master of the Urasenke Foundation.[18]

In May 1967, the Thai Pavilion, a gift of King Bhumibol Adulyadej and Queen Sirikit of Thailand in 1964, was assembled just in time for King Adulyadej’s dedication of the pavilion on June 6, 1967; it is located between Lincoln Hall and Jefferson Hall, in front of Hale Kuahine.[19]

In 1969, the four-story wing of Moore Hall designed by architect Hideo Murakami was built with East–West Center federal funds on the west side of East–West Road across from Lincoln Hall.[20]

In 1977, John A. Burns Hall, located south of Hale Manoa on the 21-acre (85,000 m2) East–West Center campus, was completed. The four-story building for administrative offices was designed by architect John Hara to integrate with the style of the other East–West Center buildings (its windows mimic those of Lincoln Hall). It was built with State of Hawaii funds to compensate the federal government for the University’s use of Edmondson Hall, the Kennedy Theatre, and the 4-story wing of Moore Hall, which had been built with federal funds for the East–West Center.[21]