The founding of the new company was followed by Sperry Rand filing a lawsuit against National Semiconductor for patent infringement.[3] By 1965, as it was reaching the courts, the preliminaries of the lawsuit had caused the stock value of National to be depressed. The depressed stock values allowed Peter J Sprague[4] to invest heavily in the company with Sprague’s family funds. Sprague also relied on further financial backing from a pair of West Coast investment firms and a New York underwriter to take control as the chairman of National Semiconductor. At that time Sprague was 27 years old. Jeffrey S. Young characterized the era as the beginning of venture capitalism.[5]

That same year National Semiconductor acquired Molectro. Molectro was founded in 1962 in Santa Clara, California, by J. Nall and D. Spittlehouse, who were formerly employed at Fairchild Camera and Instrument Corporation. The acquisition also brought to National Semiconductor two experts in linear semiconductor technologies, Robert Widlar and Dave Talbert, who were also formerly employed at Fairchild. The acquisition of Molectro provided National with the technology to launch itself in the fabrication and manufacture of monolithic integrated circuits.[6][7]

In 1967, Sprague hired five top executives away from Fairchild, among whom were Charles E. Sporck and Pierre Lamond. At the time of Sporck’s hiring, Robert Noyce was de facto head of semiconductor operations at Fairchild and Sporck was his operations manager.

Sporck was appointed president and CEO of National. To make the deal better for Sporck’s hiring and appointment at half his former salary at Fairchild, Sporck was allotted a substantial share of National’s stock. In essence, Sporck took four of his personnel from Fairchild with him as well as three others from TI, Perkin-Elmer, and Hewlett-Packard to form a new eight-man team at National Semiconductor.[5] Incidentally, Sporck had been Widlar’s superior at Fairchild before Widlar left Fairchild to join Molectro after a compensation dispute with Sporck.[8]

In 1968, National shifted its headquarters from Danbury, Connecticut, to Santa Clara, California. However, like many companies, National retained its registration as a Delaware corporation, for legal and financial expediency.

From 1997 to 2002, National enjoyed a large amount of publicity and awards with the development of the Cyrix Media Center, Cyrix WebPad, WebPad Metro and National Origami PDA concept devices created by National’s Conceptual Products Group. Based largely on the success of the WebPad, National formed the Information Appliance Division (highly integrated processors & «internet gadgets») in 1998. The Information Appliance Division was sold to AMD in 2003.[9]

Other businesses dealing in such products as digital wireless chipsets, image sensors, and PC I/O chipsets have also been recently closed down or sold off as National has reincarnated itself as a high-performance analog semiconductor company.

The transformation of National Semiconductor[edit]

Peter Sprague, Pierre Lamond and the affectionately called Charlie Sporck worked hand-in-hand, with support of the board of directors to transform the company into a multinational and world-class semiconductor concern. Immediately after becoming CEO, Sporck started a historic price war among semiconductor companies, which then trimmed the number of competitors in the field. Among the casualties to exit the semiconductor business were General Electric and Westinghouse.[10]

Cost control, overhead reduction and a focus on profits implemented by Sporck was the key element to National surviving the price war and subsequently in 1981 becoming the first semiconductor company to reach the US$1 billion annual sales mark. However, the foundation that made National successful was its expertise in analog electronics, TTL (transistor–transistor logic) and MOSFET (metal-oxide-semiconductor field-effect transistor) integrated circuit technologies. As they had while employed in Fairchild, Sporck and Lamond directed National Semiconductor towards the growing industrial and commercial markets and began to rely less on military and aerospace contracts. Those decisions coupled with inflationary growth in use of computers provided the market for the expansion of National. Meanwhile, sources of funds associated with Sprague coupled with creative structuring of cash flow buffering due to Sporck and Lamond provided the financing required for that expansion. Lamond and Sporck had also managed to attract and extract substantial funds to finance the expansion.[11]

Among Sporck’s cost control efforts was his offshore outsourcing of labour. National Semiconductor was among the pioneers in the semiconductor industry to invest in facilities to perform final manufacturing operations of integrated circuits in developing countries, especially in Southeast Asia.

National Semiconductor’s manufacturing improvements under Sporck (in collaboration with Lamond) was enabled not by emphasizing process innovation but by improving and standardizing processes already established by other companies like Fairchild and Texas Instruments, as well as by frequent raiding to hire from Fairchild’s pool of talents.

A few key executives and engineers left the company in 1981. Among them was Pierre Lamond, who had been the chief IC designer (now partner at Sequoia Capital).[13] Robert Swanson’s departure in the same year to found Linear Technology was another indication of the appropriateness of organisational strategies of National Semiconductor under Sporck. «For 13 of 14 years at National, I was a gung-ho guy. Then, the company started to get big. I kept looking at all the companies whose butts we’d been kicking. And then National started organizing itself like them. It was frustrating.» Swanson said in the May 13, 1991, Business Journal-San Jose.

Sporck’s strategy of outsourcing sales to external sources meant National Semiconductor did not have sufficient or responsive resources to respond to requests from innovators, inventors and academic research—which would have been helpful in the technological innovation boom of the 1980s.

National Semiconductor’s lack and loss of innovation meant it was producing products that were easily copied and reproducible. It may have been the cheapest manufacturer in the United States, but it was not the cheapest compared to the Asian manufacturers. This weakness in National Semiconductor was evident in its failure to compete during the globalisation of Japanese semiconductor companies in the 1980s, followed by globalisation of Taiwanese and South Korean companies.

On May 27, 1991, Charles E. Sporck was replaced by Gil Amelio as CEO and president. Amelio was then president of Rockwell International’s semiconductor division and had a Ph.D. in physics from Georgia Institute of Technology. Amelio had also been formerly employed at Fairchild.

Amelio was faced with a company plagued with over-capacity and shrinking market share. Amelio found that, just prior to his taking helm, despite having spent US$1 billion over the last five years on research and development, National Semiconductor had a disappointing record in new products. The Business section of The New York Times January 11, 1991, reflected the over-capacity generated by Sporck that had to be inherited by Amelio.

With the progress of restructuring, National Semiconductor increased revenues each year. In 1994, National Semiconductor under Amelio posted record net revenues of US$2.29 billion. It was also a time when US semiconductor companies had regained market leadership. Amelio introduced benchmarking to evaluate productivity, restructured marketing strategies and reorganised management by introducing modern management practices and workplace environments.

Amelio divided products into two divisions: Standard Products Group which comprised low-margin, logic and memory chips—commodity products which were more susceptible to cyclical demands and through which National Semiconductor had matured; and Communications & Computing Group which comprised high-margin, value-added analog and mixed-signal chips. Amelio’s division of products seemed to prepare National Semiconductor for the eventual disposal of low-margin commodity products, which came to fruition later with the sale of a reconstituted Fairchild.

National Semiconductor under Amelio chose to build a brand new eight-inch (200 mm) wafer fabrication plant in South Portland, Maine. It chose to divest itself of its then somewhat new plant in Migdal HaEmek, Israel, which became Tower Semiconductor.

In 1995, Amelio was elected as the chairman of the board of directors of National Semiconductor.

In 1996, Amelio accepted an invitation from Apple Computer, a customer of National Semiconductor, to join its board of directors. Troubles at Apple later prompted the board to invite Amelio to take on the position of CEO, which he accepted in February 1996. National Semiconductor announced the resignation of Amelio as the company’s president, chairman and chief executive officer on February 2, 1996.

National Semiconductor announced the appointment of Brian L. Halla as its chairman, president and CEO on May 3, 1996. Halla was then the head of LSI logic products division. Prior to LSI, he had been with Intel for 14 years.

He advocated PC-on-a-chip (aka system-on-a-chip) as a business direction for National Semiconductor.[citation needed] During his tenure at LSI, LSI had successfully applied similar concepts. However, LSI had steered clear of getting involved with PC technologies that would make it a competitor with Intel.[citation needed] Halla held the vision that information appliances (IAs) would succeed the personal computer as a trend.[citation needed] He predicted that IAs would overtake sales of PCs by the year 2000.[citation needed]

On March 11, 1997, National Semiconductor Corporation announced the US$550 million sale of a reconstituted Fairchild to the management of Fairchild with the backing of Sterling LLC, a unit of Citicorp Venture Capital. Fairchild carried with it what was mostly the Standard Products group previously segregated by Amelio. Incidentally, the effective price of acquisition of Cyrix was also US$550 million.

On November 17, 1997, National Semiconductor and Cyrix announced the merger of the companies. Cyrix would become an autonomous wholly owned subsidiary. Halla had earlier emphasized that National was after the low-end CPU market as part of the system-on-a-chip pursuit and therefore would not place emphasis on Cyrix’s current development of high-end 6x86MX design.[citation needed] However, Cyrix later announced that its merger with National Semiconductor would not change its development or marketing plans.[citation needed]

The acquisition of an independent-minded Cyrix subsequently turned National Semiconductor from a collaborator into a competitor with Intel. National lost its business with Intel.[citation needed] Intel reinstated the relationship after the sale of Cyrix.[citation needed]

The acquisition of Cyrix also carried with it a business obligation to use the IBM microelectronics division to fabricate the Cyrix chips,[citation needed], as well as technical constraint to do the same, while National Semiconductor had plans to transfer their fabrication to its South Portland fab.[citation needed] National incurred huge losses in its processor business and announced the sale of Cyrix to VIA in 1999.[citation needed]

In 1999, National Semiconductor also put out feelers for selling if not the whole, then a majority stake of, its fabrication plant in South Portland, Maine.[citation needed] However, that did not come to fruition.[citation needed]

On March 11, 2009, National announced plans to close its assembly and test plant in Suzhou, China, and its wafer fabrication plant in Arlington, Texas.[16]

On October 9, 2009, Brian Halla announced his retirement as National’s CEO. He remains executive chairman. The company promoted Donald (Don) Macleod, who had previously served as the company’s president and chief operating officer, to CEO.[citation needed]

Don Macleod became National Semiconductor’s chief executive officer on November 30, 2009. He was named chairman of the board on May 31, 2010. 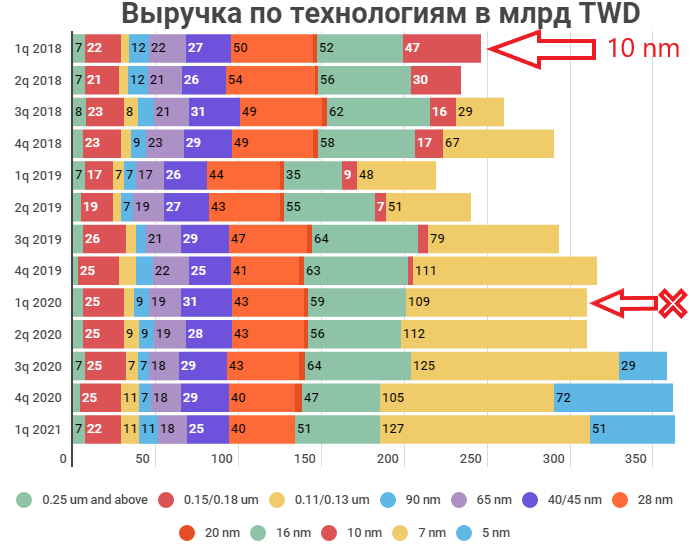 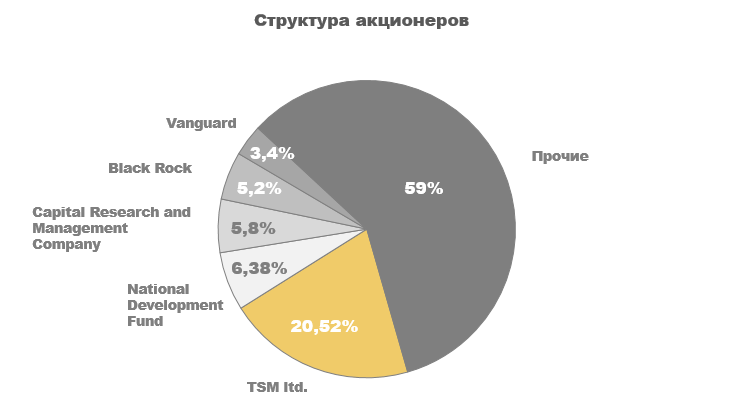